Fun Facts About York: 6 Interesting Things You Might Not Know 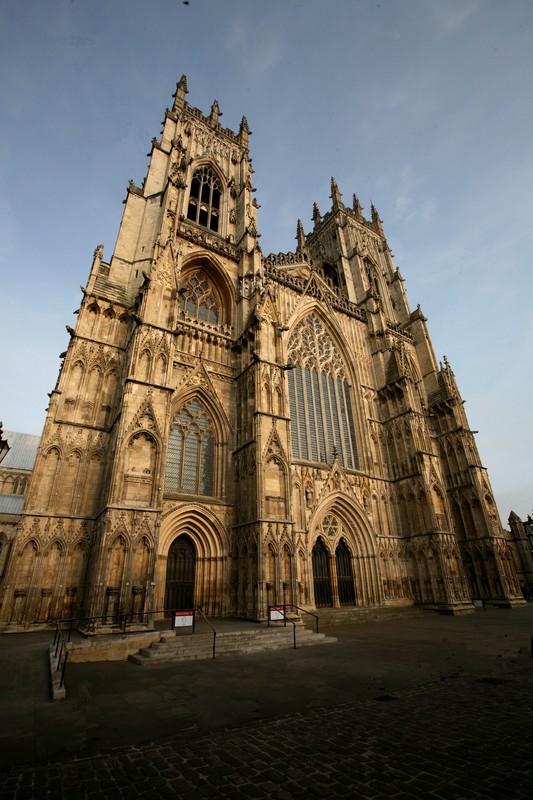 When you think about York, beautiful scenery bursting with heritage will likely come to mind; but there is more to the city than meets the eye.

Here, we take a look at 6 fun facts about York that you might not know if you’re not from the area…

In 71AD, the year it was founded, York was known as ‘Eboracum’, and later, when taken over by the Vikings, it became ‘Jorvik.’ The final Viking King, Eric Haraldsson (also known as Eric Bloodaxe), was expelled from York in 954AD when it became part of the Anglo-Saxon state.

Its rich history is preserved in the ruinous buildings that attract visitors from all over the UK to York every year.

One of the most fun facts about York is its affinity with chocolate, spanning the last 300 years.

The original home to Rowntree’s, Terry’s, and Cravens, York has delighted its community with a range of widely loved chocolates such as Aero, Kitkat, and Terry’s Chocolate Orange.

The UK’s home of chocolate showcases its heritage in the museum ‘York’s Chocolate Story’ in King’s Square. Its three storeys are dedicated to educating people about the history of chocolate with interactive, guided tours.

York is said to be the most haunted city in Europe, with over 500 infamous ghosts regularly making an appearance in many of the streets, pubs, and well-known buildings.

The most notorious ghostly sighting is believed to have happened to a young apprentice plumber, Harry Martindale, in 1953 when he was working on The Treasurer’s House. He claimed that from up his ladder, he heard a noise that sounded like a horn, and just below him a battalion of Roman soldiers burst through the wall and marched across what would have been the old Roman road.

With ghost tours available, tourists can explore the history-steeped town in search of a ghostly apparition. If you’re brave enough to do a tour, we recommend going with Dorian Deathly or Mad Alice. Dorian is often seen outside our hotel, and his tours start opposite us on Grape Lane.

Our hotel, Galtres Lodge, is situated just a stone’s throw from The Shambles - the oldest shopping street in Europe. It’s best known for its narrow path, with the houses on either side so close they almost touch overhead. The term ‘it’s a shambles’ was actually derived from the name of the shopping street due to its ‘messy’ configuration.

The timber-framed overhanging houses date back to the fourteenth century and were once butcher shops. Whilst some of the buildings still have the original meat-hanging hooks and meat-display shelves, nowadays they’re occupied as restaurants and shops.

The quaint and quirky street was the source of inspiration for Diagon Alley as it was portrayed in the Harry Potter films.

York Minster Cathedral is one of the largest cathedrals in the world. Its Lantern Tower is 71m high and weighs a staggering 16,000 tonnes.

The cathedral took 250 years to build, but due to various fires, and even being struck by lightning, restoration works have taken place numerous times since its completion.

In 1984, Blue Peter arranged a competition for children to design areas of the new ceiling, with 5 winners having their work etched in the cathedral forever. These designs included The Mary Rose and Neil Armstrong’s first steps on the moon.

Many of our rooms here at Galtres Lodge overlook the Cathedral, offering stunning views for our guests.

The smell of chestnuts roasting and the twinkling of Christmas lights welcome visitors to the York St Nicholas Christmas Fair.

Little wooden huts line the street, with carolers revelling in the wintry atmosphere, whilst stall-holders dressed in Victorian costumes offer up their crafts, gifts, and farm produce.

Situated across Parliament Street, St Sampsons, and Coppergate, the Christmas fair attracts people from across the country, who plan a year in advance to ensure they don’t miss out on the magical festivities.

As it’s such a popular event, we recommend you secure your stay before the city gets booked up. Please contact us for booking enquiries and availability.

Alternatively, read our previous blog on the benefits of local sourcing to find out why we use food from local businesses in our restaurant, Forest.